*All footage and images on this page represent typical farms that raise chickens for meat.

Please join us in asking McDonald’s to change

Each year, hundreds of millions of chickens raised for food suffer tremendously. A known supplier of McDonald’s, investigated by Animal Equality, is one of the worst offenders. Chickens are bred to be so unnaturally big their own legs can’t support their weight. They are crammed into dark sheds and trapped in filth, unable to engage in most natural behaviors. These horrific conditions are unacceptable.

Over 180 companies - including many of McDonald’s competitors such as Burger King, Subway, and Jack in the Box - have already committed to making meaningful changes that will improve the lives of these smart and social animals. Meanwhile, McDonald’s continues to drag its feet and still works with suppliers who perpetuate the worst animal abuses.

As one of the world’s most notable brands, McDonald’s has the power to change the way many chickens raised for food are treated and reduce the suffering of millions of birds.

Please SHARE this campaign to help hundreds of millions of chickens:

Sorry, an error occured. Our team is working on it.

The miserable lives of chickens raised and killed for McDonald’s

Chickens raised by a known supplier of McDonald’s grow so large so fast that their legs can’t support their own bodies. Neither can their organs - the birds often suffer heart attacks as a result of their unnatural rapid growth. These birds, bred for their parts such as “breasts” and “wings,” suffer leg deformities and constant pain so severe they can barely walk. 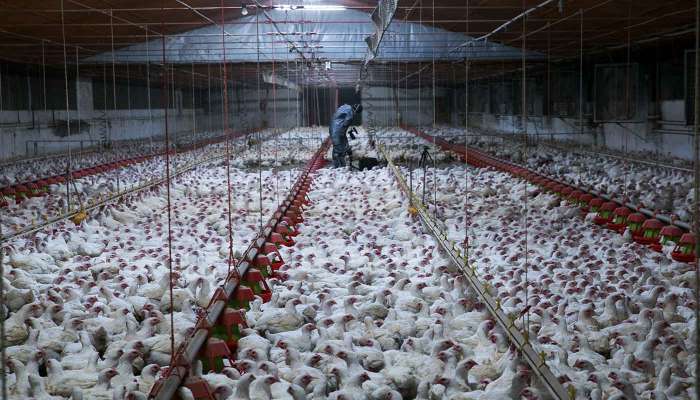 Tens of thousands of oversized chickens are crammed together inside dark sheds without much room to move. Rarely able to engage in most natural behaviors such as perching, pecking or dust-bathing, these normally-curious baby birds rot in boredom. 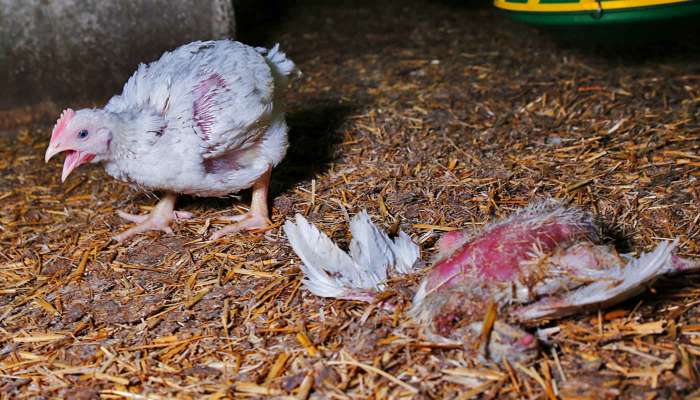 Burned and barely able to breathe

The birds’ litter is rarely changed, forcing these chickens to sit, eat, and sleep in their own waste. Because the birds are too heavy to lift off the ground, the ammonia-laden litter burns the birds’ bellies, causing feather loss and boils. The putrid air stings the birds’ eyes.